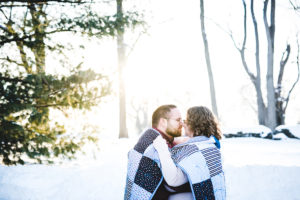 After quite a few nudges from a co-worker and close friend, Diana started spending more and more time with a mutual friend of theirs (yep, I’m talking about Josh), who happened to be an employee at the same large organization.  Diana and Josh both work for MCC (Mennonite Central Committee), a world-wide relief ministry with locations all across the east coast.  Josh is a hard-working truck driver who travels around central PA (and sometimes much further!) delivering supplies and equipment for the ministry.  Diana works hard as their communications coordinator and is very creative and organized and is amazing at her job.

Because they met at MCC, they really wanted to incorporate their work place into their engagement session.  So we traveled to Ephrata, Pennsylvania to take their pictures at the warehouse where they work!  I’ll have to admit, it was definitely different…and a little outside the “box”, but was SO neat to see and learn about the responsibilities they have at work.

We started their photo session at the large map in their office building, symbolizing the importance of helping meet the needs of the world through their ministry.  Then we moved on to the warehouse that was FILLED with spools of thread (where so many blankets are made), large boxes of donated quilts, hundreds of boxes full of canned meat, enormous piles of clothing tightly bundled together…the list goes on and on!  We may of have even snuck an unpackaged quilt out of the bin to keep warm when we moved outside to snap a few pictures of Josh’s truck (his very prized possession!).

Be sure to check out their unique photos! I am so thrilled to have taken these photos that hold so much meaning for these two.  Congrats Josh & Diana on your engagement!  I’m super excited to see what the future holds for you both! 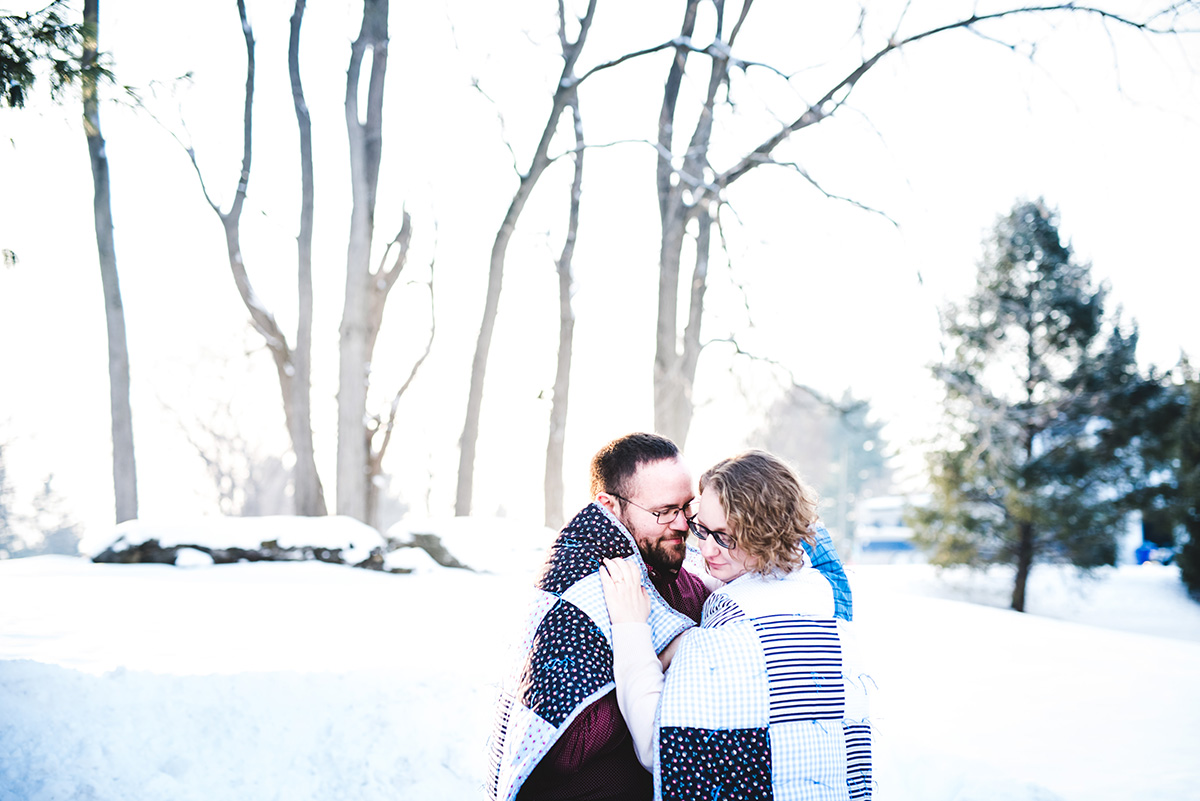 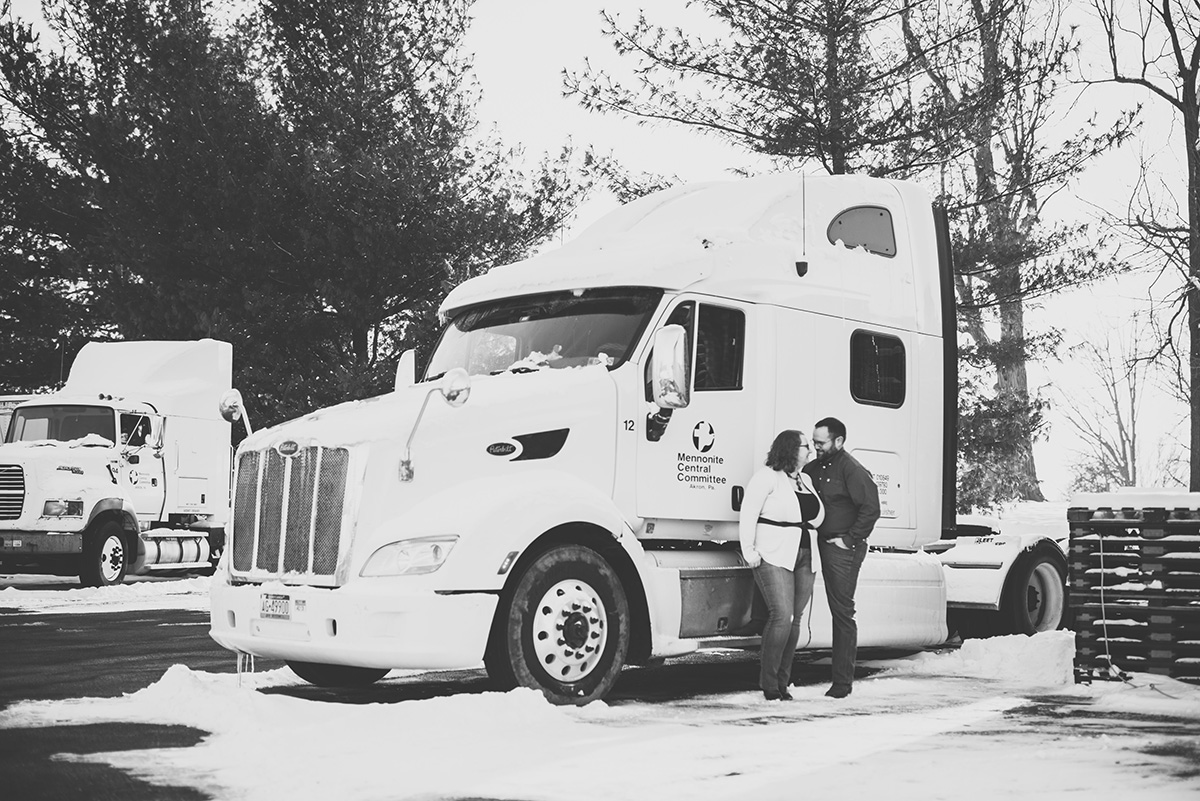 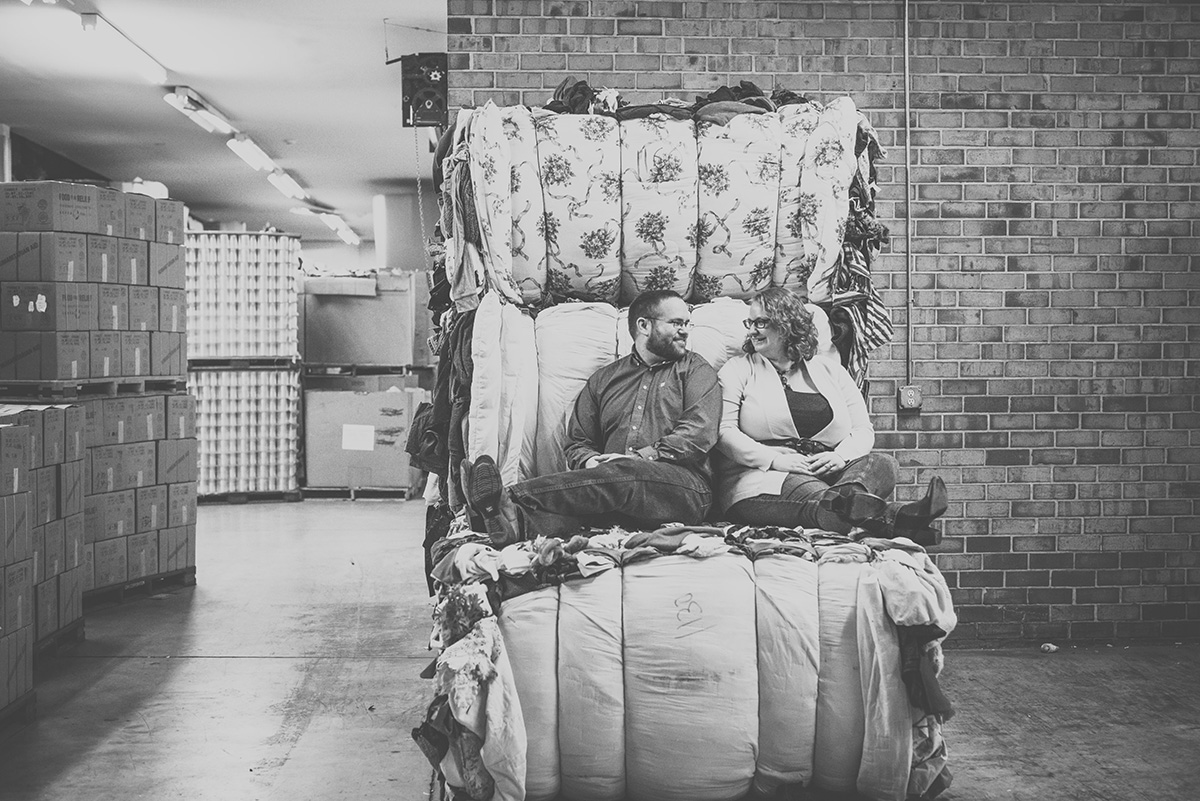 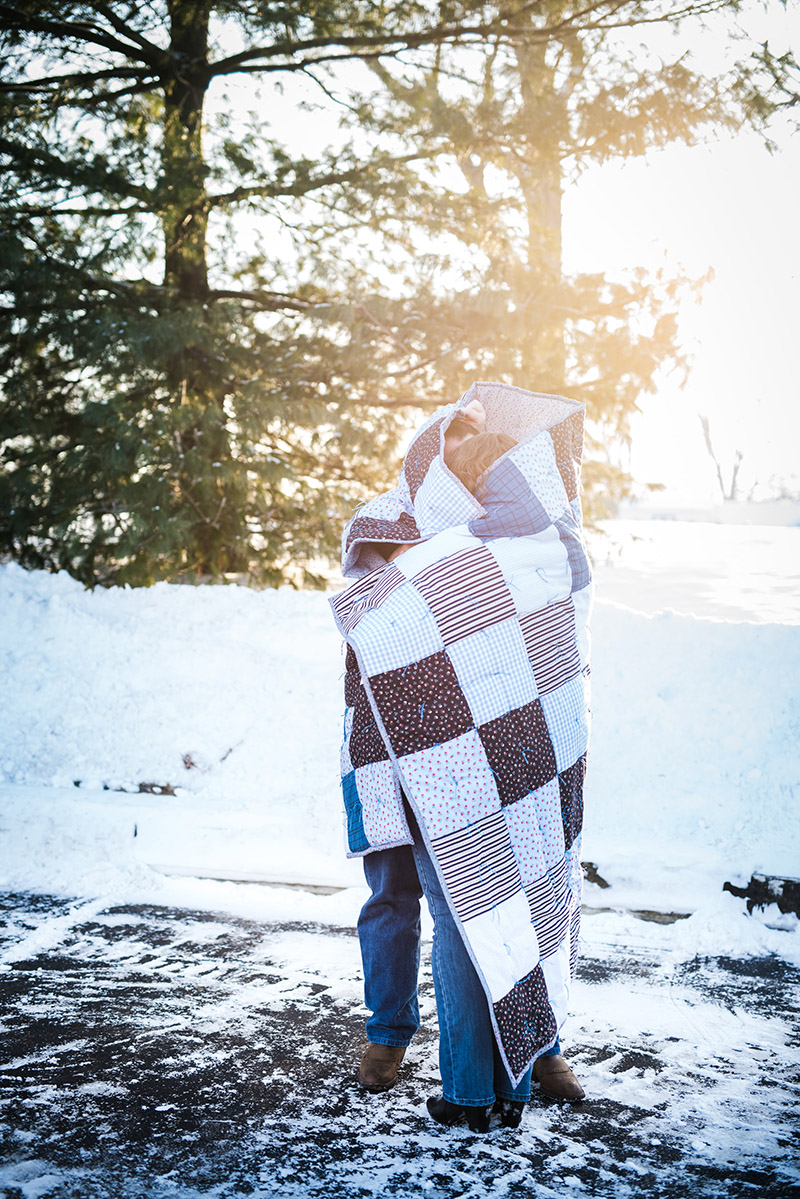 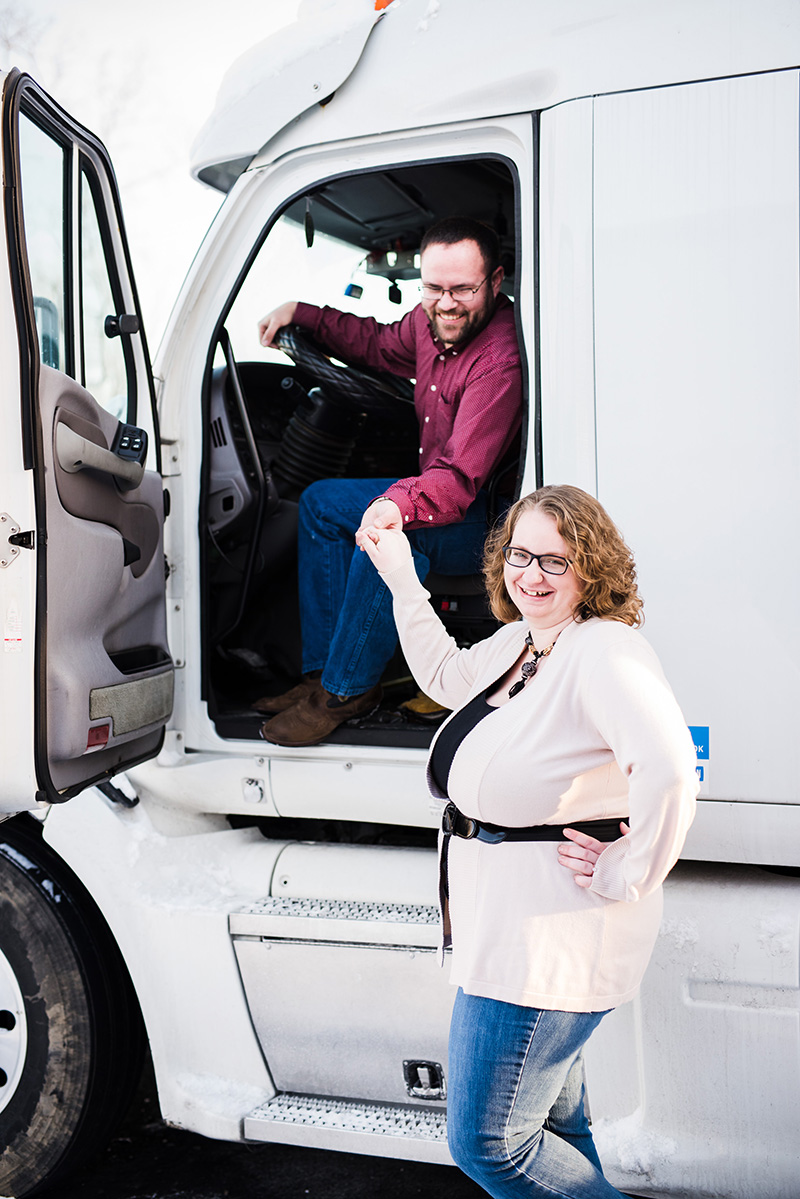 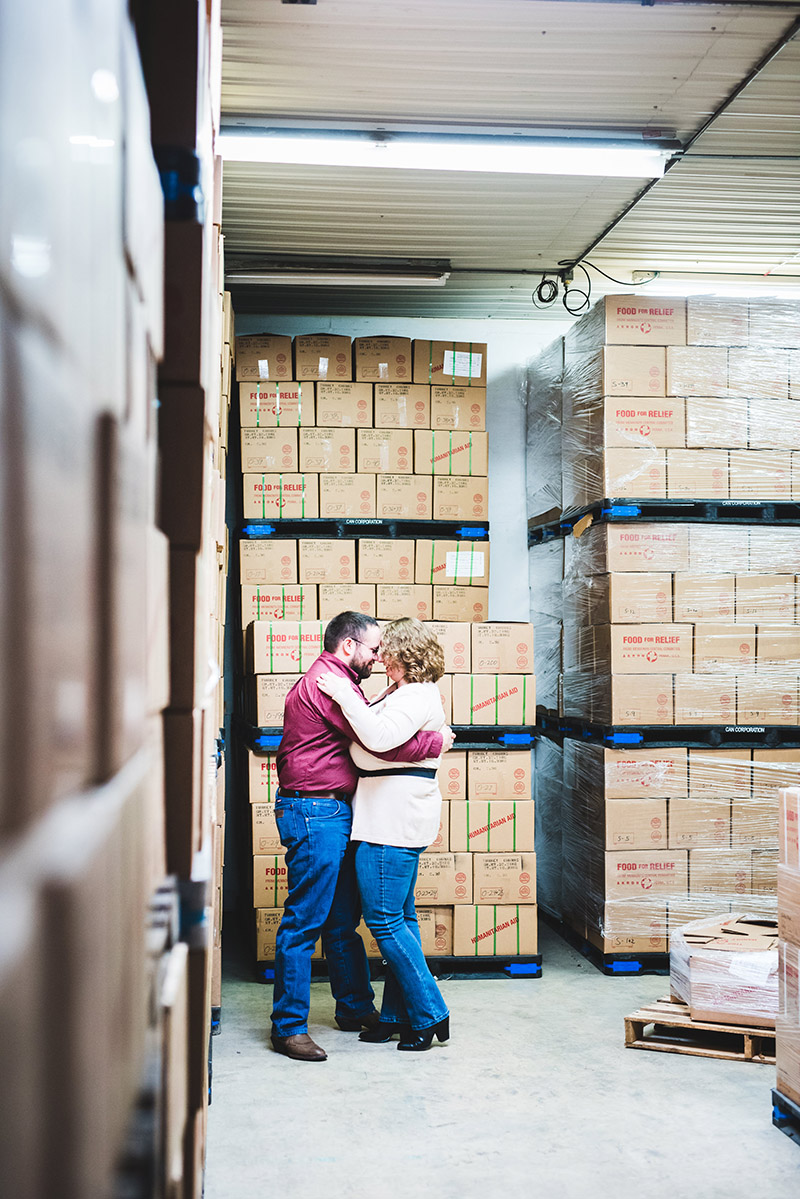 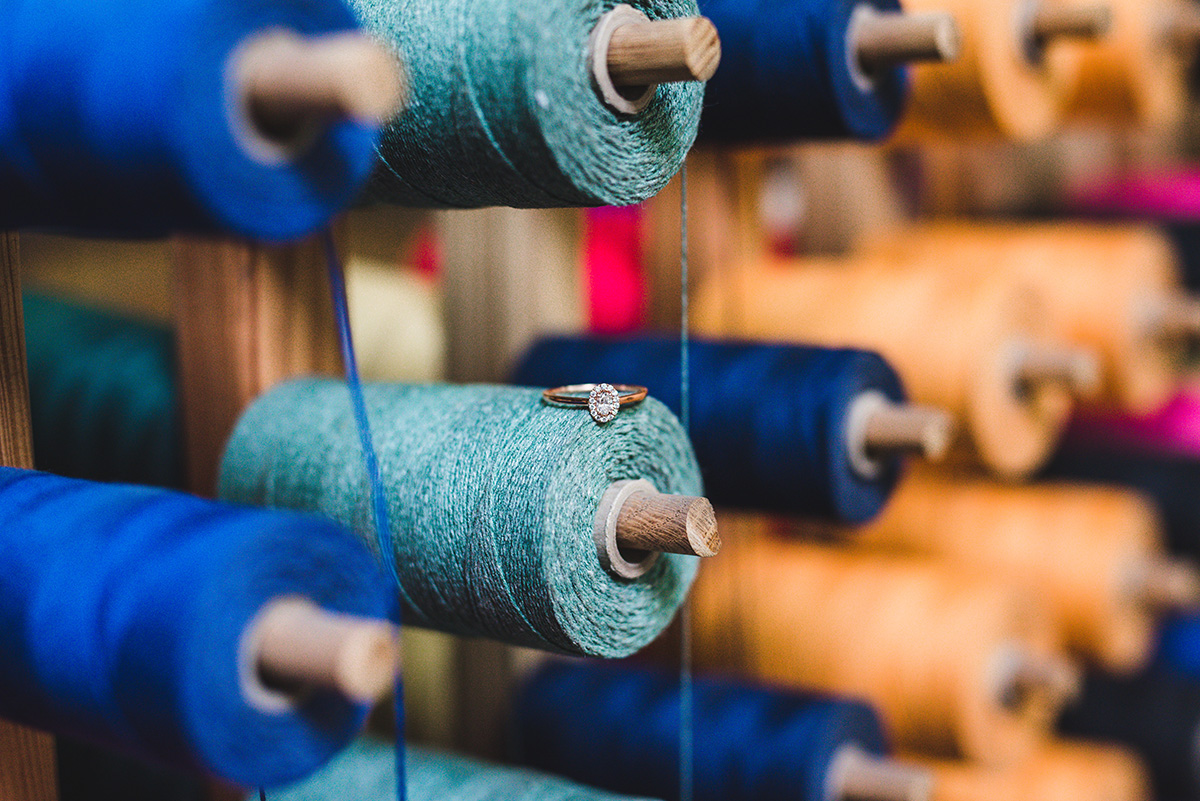 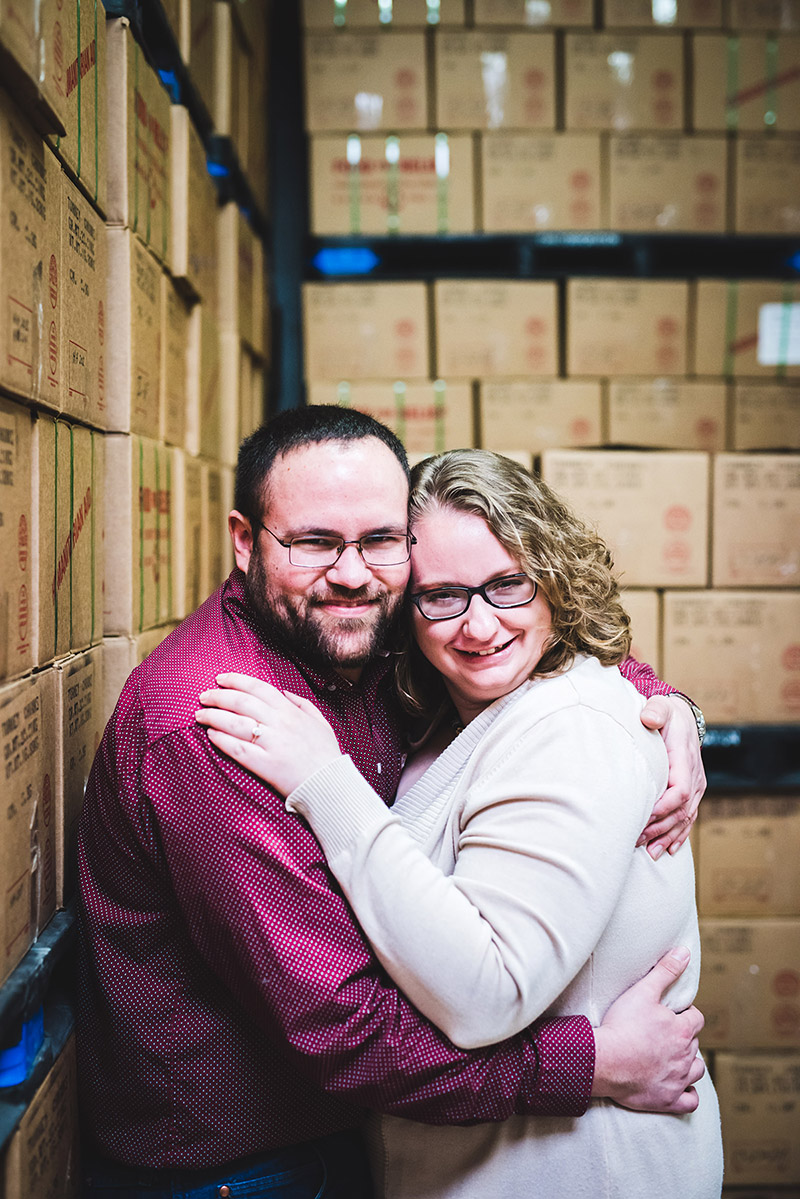 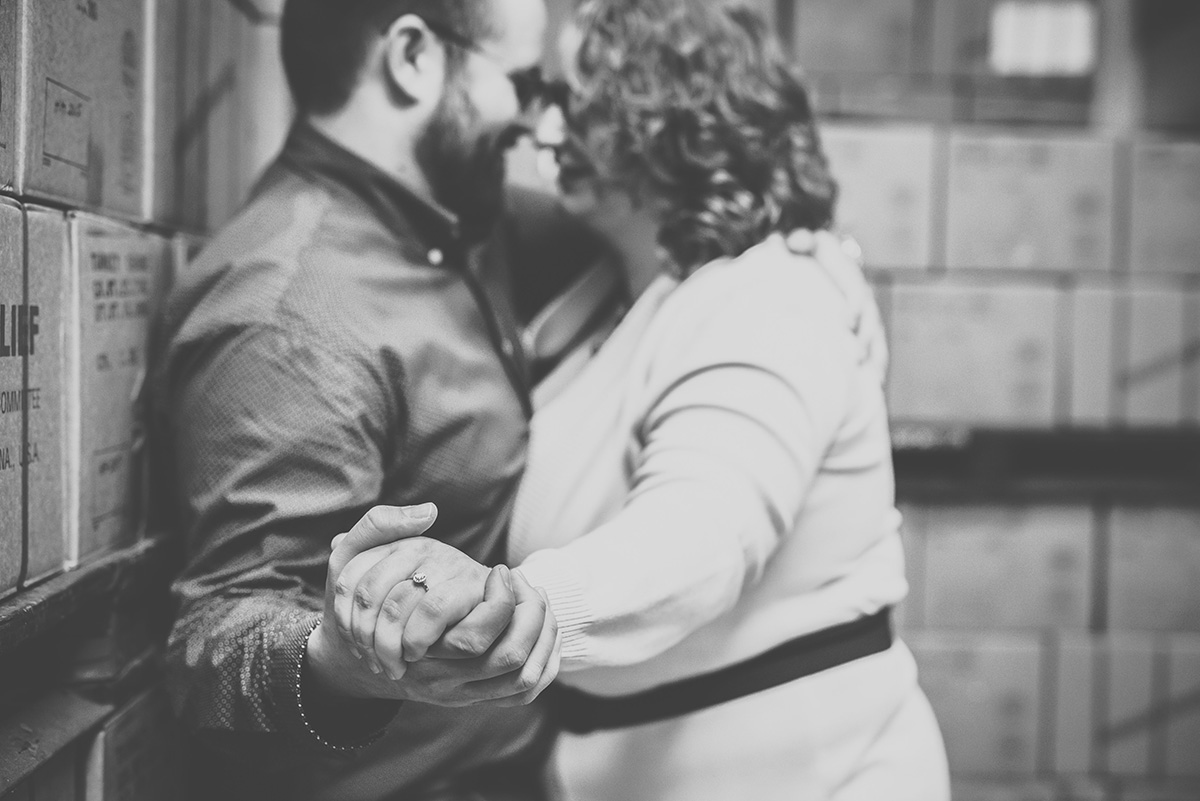 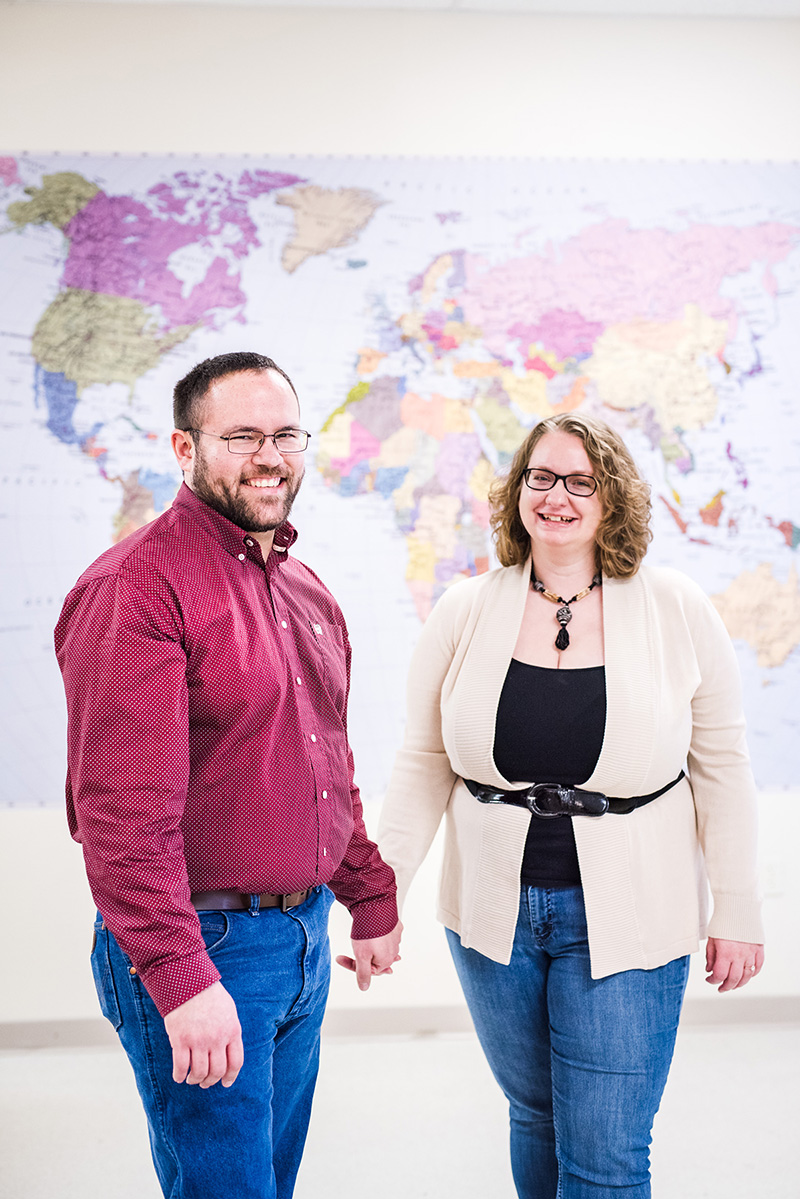 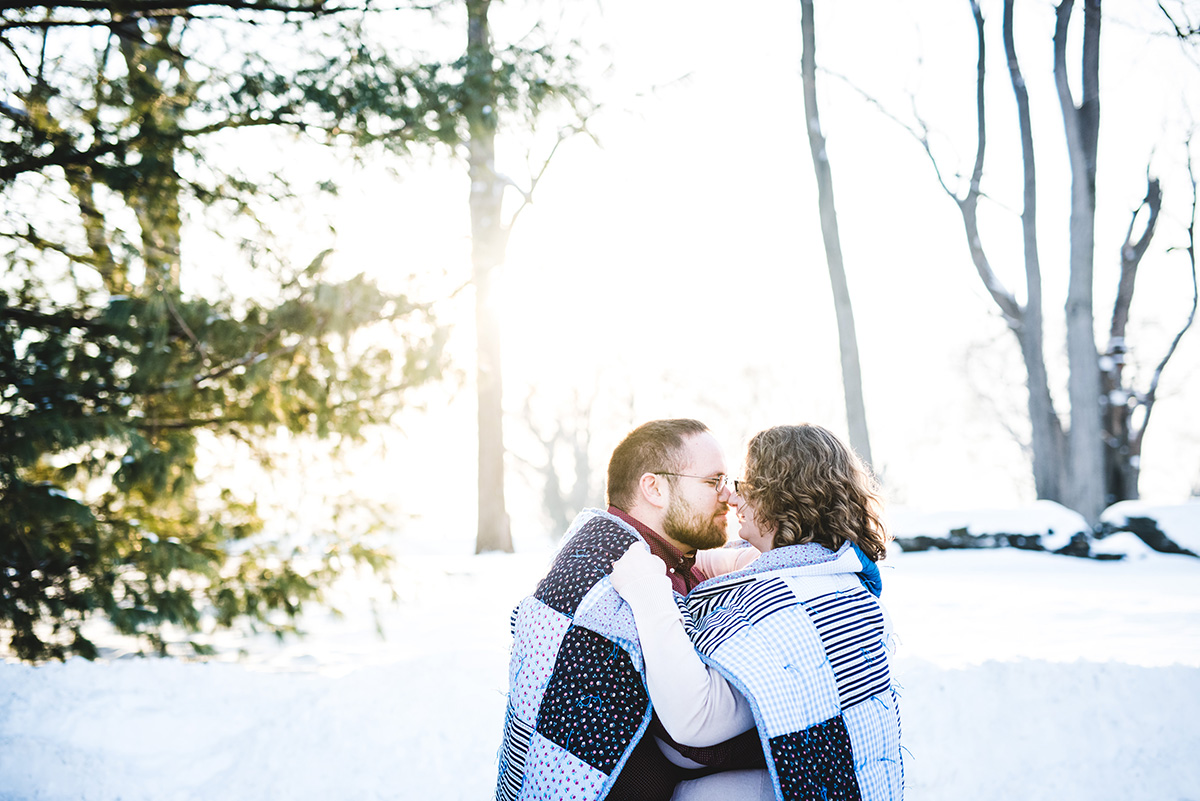 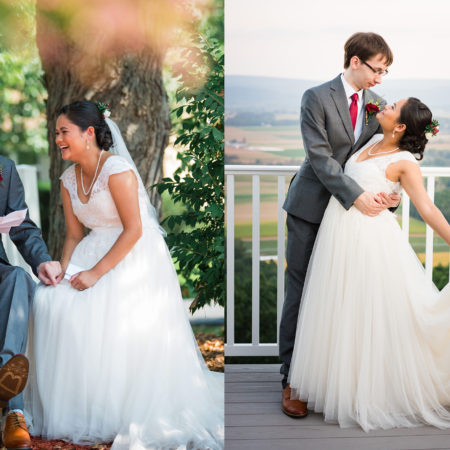 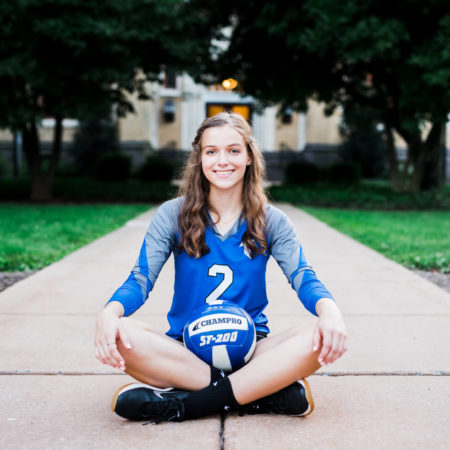 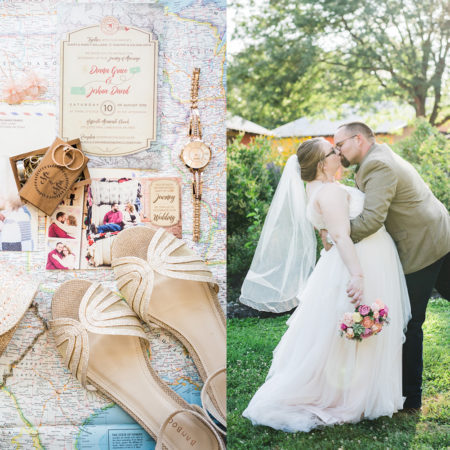 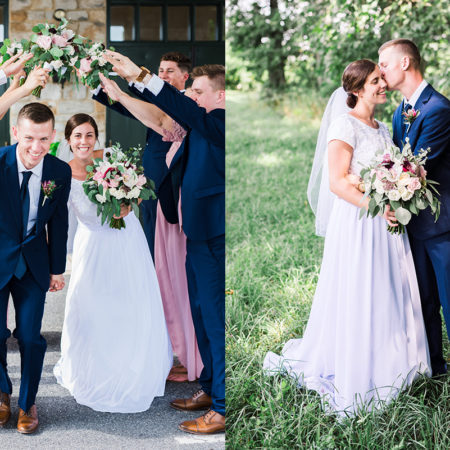